A spider shimmies down a thread of web directly in front of your face. A cockroach scuttles across your keyboard. A mouse darts underneath the office refrigerator. Sound familiar? If so, then your workplace may have a pest problem.

Pests can easily penetrate in premises through various entry points such as gaps and cracks on the building's structure. It does not matter on which floor your office is located, pests can infest even the top floor of multi-level building.

We price match any comparable quote. Get the best price on office pest control when you book the masters!

How to Prevent Pest Infestations at Office Spaces?

The most difficult thing when it comes to dealing with pests in the office is because most offices function all day and night so it can be hard to use the usual pest management procedures. There is no such option as spraying the insecticide all over the place and waiting for it to do its job.

As an employer and as employees, it is essential to create a safe and comfortable environment. Acting quickly at the first sign of a pest problem will help control the infestation from spreading throughout the premises. Check out our recommendations below. 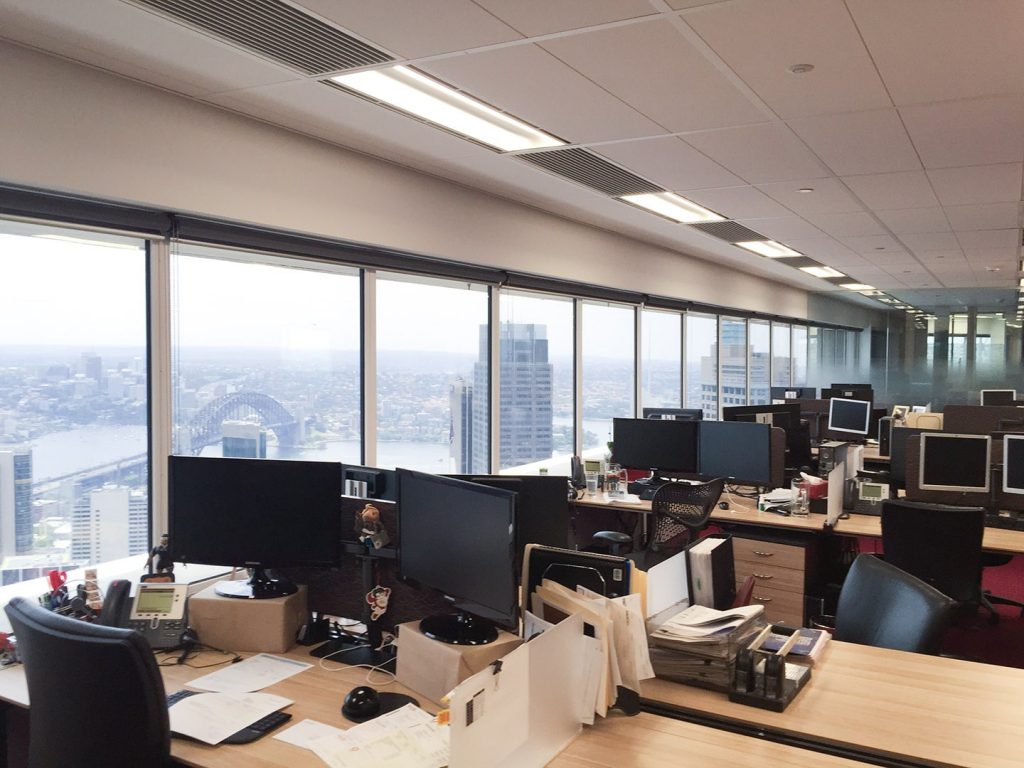 Here are some effective pest management prevention methods that can be used in the office:

Pest problem in the workplace can cause great distress to your employees and have a negative impact on the structural integrity of the building. Pest can cause damages to the office furniture, fittings, stock, computer equipment and cables. Besides creating an uncomfortable environment, the presence of pests can leave visitors with a bad impression on the property.

Oftentimes, the prevalence of pests in facilities will depend on various factors, including the location and condition of the building. That said, there are a handful of pests known for being frequent trespassers. Here are the most problematic pests.

These insects often enter buildings in search of shelter or food sources, especially sweets and proteins. They are considered social insects, meaning that they live in large colonies of thousands or more. Unfortunately, if one ant is spotted in a facility, there are likely many more within close proximity, which makes this structural pest one of the most difficult to control. It is important to pay attention to general sanitation, as dirty food preparation areas and undisposed garbage can attract ants.

Like ants, if one cockroach is found in a facility there are likely more nearby. These pests are good travelers and often find their way into commercial structures via shipments containing cardboard boxes. Not only are cockroaches considered a nuisance, but they are also a health and safety concern for facility managers. In fact, cockroaches are capable of spreading nearly 33 different kinds of bacteria, such as Salmonella and E. coli by picking up germs on the spines of their legs and bodies and transporting them onto food or work surfaces. They are also known to cause allergic reactions and trigger exacerbated asthma symptoms through the allergens introduced in their saliva, droppings, and decomposing bodies. The best advice for cockroach control is practicing good sanitation indoors by vacuuming and keeping food preparation areas clean.

These pests have made a significant resurgence in recent years and continue to cause problems for facility managers and homeowners alike. Although bed bugs are typically thought to be a household pest, they can hitchhike to commercial facilities on clothes and personal items. A 2015 survey conducted by the National Pest Management Association (NPMA) and the University of Kentucky found 45% of respondents had treated for bed bugs in office buildings & coworking spaces in the prior year, while 20% treated infestations in retail stores. Both of these totals are up from the group’s 2013 survey.

There are various steps that facility managers can, and should, take to prevent bringing bed bugs into their buildings - from eliminating clutter in storage areas to inspecting new inventory while unpacking it.

These are a real annoyance as they freely buzz around facilities, but the truth is that they pose a bigger health threat. Flies spread germs wherever they land - whether it be on a desk or food preparation source like a countertop. They are responsible for contaminating food and transferring more than 100 pathogens, including Salmonella and tuberculosis. Fly control is challenging as their larval development site must be located and eliminated. In addition, trash should be removed frequently and food areas, such as break rooms and cafeterias, are free of food debris.

These pests, such as mice and rats, are capable of entering buildings through openings the size of a dime or quarter depending on the species. Once inside, they can destroy materials and cause structural damage by gnawing through wallboards, wood, plaster, and electrical wiring. Additionally, rodents defecate frequently, and their droppings are a common cause of allergic reactions in humans. Other pests to watch for include fruit flies, gnats, beetles, and moths.

Why should you get regular pest control for your office space?

Pest control efforts are often being placed toward the bottom of the to-do list, done on a shoestring budget, or even forgotten altogether. However, given the considerable consequences of an infestation, facility managers and supervisors must be prepared to take action at the first sign of a pest problem.

Pests pose serious health and safety threats with the potential to contaminate food, spread dangerous diseases, and cause extensive structural damages to a building.

In order to mitigate these threats in an effective and timely manner, facility managers and supervisors should work with a licensed pest management company to develop a comprehensive pest management program consisting of preventive treatments, monitoring, regular inspections, and a set of procedures should the facility face an infestation.

When developing a pest management program, the office hours of occupants need to be taken into consideration. Even when offices are closed, there may be sensitive areas or areas with limited or no access, which can impact the type and success of pest services provided. It is important that these areas are identified and assessed to determine what risk exists if they are not serviced.

While spotting a cockroach under the bathroom sink in a retail store or rodent droppings in the corner of an office may seem like minuscule issues, a full blown infestation can develop in the blink of an eye. By not having a proper pest management plan in place to address problems such as these, facility managers and supervisors put their organisations and occupants at risk.

Pest control for offices in Sydney is what we do best. We are professionally trained, insured and licensed in all areas of residential and commercial pest extermination.

We provide eco-friendly pest control office treatments that are child & pet friendly. If you still struggle with pest infestations or if you want a complete pest solution to prevent pests from coming back, call (02) 8007 4666. For any Sydney office pest control needs, book only the masters!

Check out our other commercial pest control services

We provide eco-friendly commercial pest control treatments for a variety of businesses. Check out our other professional commercial services below: