Get the best price on spider pest control service in Sydney!

We provide spider pest control services for residential and commercial spaces. We can help get rid of spiders and other pests using environmentally friendly treatments. For any pest control and building inspections in Sydney, you can rely on us. Protect your home or commercial property with our help!

Hire the masters of pest control in Sydney for any spider infestations. Call (02) 8007 4666 to get a FREE CONSULTATION.

How To Prevent Spiders From Invading Your Property

If you need further assistance and protection from a spider infestation, contact our team today. Talk to us through chat or send us your question, and our team will contact you!

How To Stay Safe From Spiders In Australia

Here are some simple tips on how to prevent spiders from causing serious harm.

Here are some facts about Australian spiders

Sydney is home to some of the world's most dangerous spiders including the funnel-web spider and redback spider. There are two types of spiders in Sydney, spiders that create webs and those that prefer to hide around your garden, in holes and crevices. Most spiders found around the home are harmless. In most cases, common sense and regular pest control will help in keeping the family safe from spiders. However, some spiders may pose a threat as their bites are extremely painful and potentially fatal.

Even worse, according to News Australia, a new species of ”peacock spider" has been discovered. Yes, that's right. This is a new discovery for a country already brimming with eight-legged creatures. The truth is, Aussies aren't new to the spider epidemic, especially since the rainy season contributes to the problem. And while spiders may not be your favourite creatures to look at, they are fascinating to learn about. However, the last thing you want is to keep an uninvited guest in your house feeling welcomed.

One of the worst things about spiders is that they have a penchant for showing up in places we least expect them to be. In bathrooms, underneath the table, on the staircases, these are some of the many places they like to hide. Depending on the species, some of them go unnoticed until you have a full-blown infestation. Because they come in various shapes and sizes, it makes some species even harder to detect!

Here are a few of the most dangerous species in Australia

Did you know spiders have been ranked number 7 for diversity? There are hundreds of species of spiders, with Australia hosting 2,400 different species!

It's probably the deadliest spider in the world (unless there's a new discovery, of course) because of the venom inside its body. It produces a highly toxic venom which it injects using its large fangs.

Luckily, funnel web spiders are mostly found in the forests of New South Wales. But they can also be found in urban areas, crawling into backyards to hide from humidity. Although their size is 1.5cm, their fangs are larger than a snake's! Sometimes they can be found lurking near swimming pools. Unfortunately, there are more than 40 types of funnel-web spiders. Luckily, anti-venom has been developed and has proven to be highly effective against these critters. They're more active during in warmer months, mainly March and November. 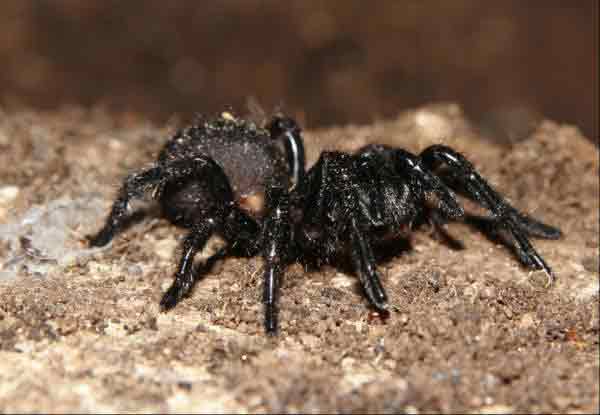 If nightmares had a new name, it would be ”˜Redback Spider'. This type of spider is common in urban areas, hiding in shelters and mailboxes. While there's no fixed number of redback spider bites, around 2000 are reported every year. The female redback spiders are the ones that bite the most and are 1cm in size, being bigger than their male counterparts. What sets these spiders apart from others is that they have a red marking on their back, hence their name.

Once victim, the victim will be in excruciating pain. Depending on the severity of the bite, the pain can last for hours. Other than this, lethargy and nausea are common symptoms. 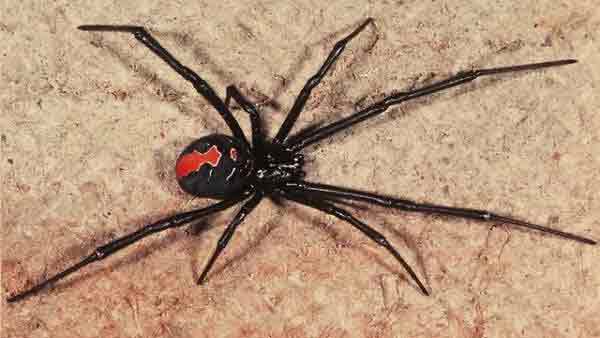 Not as friendly as Mickey Mouse, mouse spiders are found near rivers and waterways. Unfortunately, their venom and bite is similar to funnel-web spiders. This can make them difficult to tell apart. Luckily, they are less aggressive than funnel-web spiders and are known to be lethargic. However, when provoked, they can prove to be a ferocious enemy. They are active during daytime, unlike other species of spiders.

Trap-door spiders are excellent at camouflaging, hence their name. This helps them lure in prey. They're common in urban areas but depending, their bite can cause minor problems for humans. If the person is sensitive, their bite can lead to nausea, malaise and lethargy.

Consult An Expert When It Comes To Spider Control!

While spiders are scary, remember that there’s light at the end of the tunnel. Calling pest control services can help prevent the problem from taking place. A professional pest control service can also help identify areas in your house that are vulnerable to spiders.

Masters Pest Control Sydney uses effective tools and products to remove spiders without any problems. The products used by our specialists are child and pet-safe pest control.

How Do You Know If You've Been Bitten By A Spider?

Symptoms of a venomous spider bite may include:

Most spiders use venom to paralyse their prey, usually flying insects that get caught in their intricate webs. Spiders may only bite humans when they feel threatened and when they do, their fangs are usually not strong enough to break the human skin. Spider venom usually has no long lasting effect on the human body and pain management is through an icepack.

However, there are a few Australian spiders that can cause bites resulting in hospital care. They include the funnel-web, the mouse, the red-back and the white-tailed spiders. Babies, young children, the elderly and people with an existing heart conditions are at great risk to these spider bite. Some people also experience allergic reactions to certain venoms and this requires immediate medical treatment. If in doubt, see your doctor, go to the emergency department of your nearest hospital or dial triple zero (000) to call an ambulance.

Antivenoms are available for the treatment of red-back and funnel-web spider bite.

Appropriate first aid for venomous spider bites depends on the species of spider. In all cases, never cut a spider bite or tourniquet a limb. Don't give the person anything to eat or drink. Seek immediate medical help.

Find out why hiring professional pest control experts is the best solution to any pest infestation problems.

We provide pest control for all types of common pests in Australia, including spiders, rats, termites, cockroaches and bed bugs. We are always available for a free consultation.

If you're not yet ready to book, you may join our mailing list to keep in touch with the Masters. Get the latest news, promos and deals from our company. Sign up now and get a FREE pest control guide.

We Are Certified Pest Control Experts In Australia