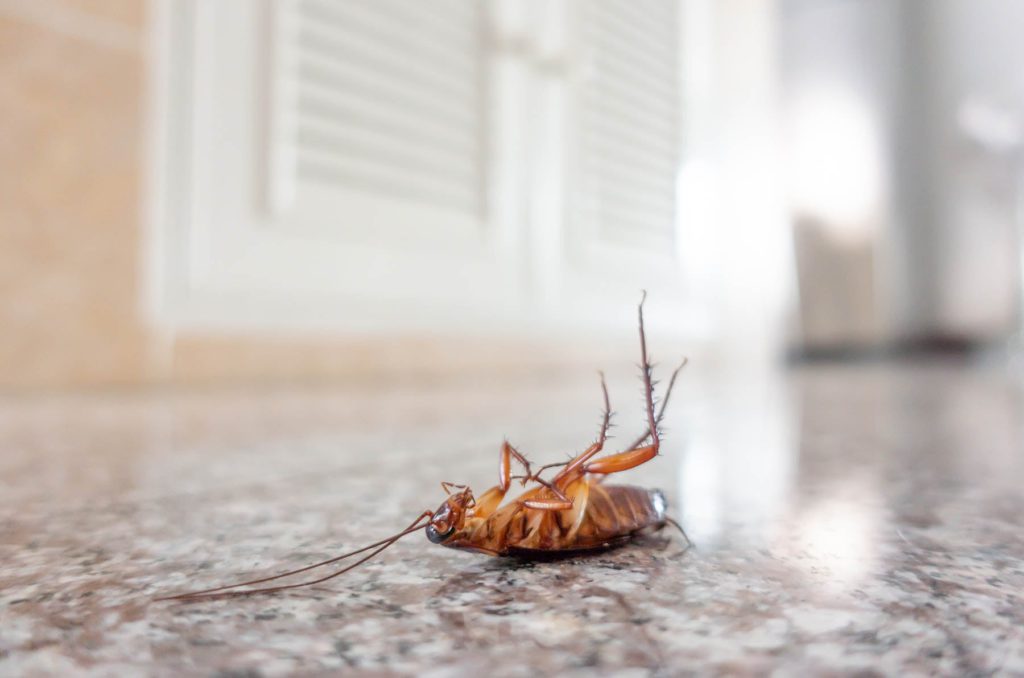 Cockroaches are insects that cause problems for humans. As long as a cockroach appears in the house, they will multiply. House cockroaches often live with humans and are harmful to humans, they cause allergies and spread pathogens within a home. To combat the infestation of cockroaches, residents often resort to several methods to solve a roach problem, one of which is bug bombs.

What are bug bombs?

Also called cockroach bombs or total release foggers are insecticides that contain aerosol propellants, chemical ingredients that release their contents at the same time to disinfect an area to control pests, kill insects. Roach bombs work by dispersing chemicals in the confined space. Then, pesticides in the air will kill all the cockroaches.

Has it been effective as advertised on the label of this product about killing all cockroaches by bug bomb, however?

Although on the bomb cockroaches, manufacturers often make claims such as pesticides can kill cockroaches quickly to or remove insects deep within the crevice and even deodorise. But they rarely meet expectations.

1. Cockroach bombs do not reach into the cracks, crevice and other hiding places

In fact, the bug bombs for roaches rarely reach into the cracks and crevices where pests hide. When chemicals are sprayed from insecticidal bombs into the air, most of them cannot reach the small holes, crevices and enclosed spaces where cockroaches hide. And so it is difficult to eradicate all the cockroach nests deep inside.

A study in 2019 in Germany evidenced that foggers used in the house were incapable of killing and reaching deep inside to destroy the root: the roach’s nest.

There is also another problem: pesticides are often deposited on horizontal surfaces, while cockroaches often crawl under appliances, furniture, or vertically on walls. Therefore, using the bomb is also ineffective.

2. Pyrethrin – not kill many roaches

In contrast, the pesticides can chase cockroaches out of their hiding place, causing dozens of cockroaches to emerge from the walls and running around the house.

When you bomb for roaches, the ingredients inside the roach bomb contain repellent that scares them and can run away in the opposite direction: deep inside the crevices. Then killing cockroaches will be more difficult.

Although this product may be effective in many circumstances, the use of incorrect or too many total release foggers may endanger people, animals and property.

On the market, there are many brands such as Raid Maxx, Mortein, Falcon …, but they all have the same active ingredients, such as Tetramethrin, Cypermethrin, Iminoprothrin, Prallethrin, Permethrin (substances synthetic chemistry of the Pyrethroids group) or Propoxur (the Carbamate group).

The chemical substances in the foggers harm human health when inhaled. It can affect the risk of human health by chronic with pyrethroids and other toxic ingredients in roach bombs. They are not safe for humans or pets. Pyrethroids are less dangerous but can be life-threatening if inhaled in significant quantities (over 30 ml). The most dangerous effect, which has been recorded in the literature by medical experts, can be acute poisoning in humans if the victim is exposed to a significant amount of toxic in a short time. Hence the need to wipe out all pesticide residues can be formed in areas where pets can reach. Pyrethrin can also be particularly toxic to fish and other aquatic animals.

Besides, the chemicals that are released in the air can be held on clothes and household items. People can be infected with that toxic substance by accidentally handling them without cleaning. Because the aerosol propellants in these foggers are often flammable, improper using could cause a fire or explosion. Also, not cleaning your home after spraying or reentering without airing out can lead to illness.

Therefore, you can use other methods to control cockroaches without needing bug bombs. Such as Cockroach traps, Gels for cockroaches, Natural Insecticides, or clean houses. If using foggers, users need to be aware of the harmful effects of it on health, use roach bombs according to the manufacturer’s instructions, and also need to have basic knowledge about first aid in case of insecticide poisoning.

The common accident when using insecticide products are chemical substances stuck to the body, they can irritate and burn the skin in an enormous amount of toxic. You need to change quickly into clothes and wash with cold water. Similarly, if the chemical in bug bombs gets in the eye, soaking the eye in water immediately. Water will dilute the concentration of the toxic and reduce irritation.