Pest Control » Why are Sydney Homes Susceptible to Termite Infestations?

Termites are one of those pests that are considered to be very deadly for the structural integrity of any house. Not only do they cause significant level of damage to the house, they are hard to detect and control. 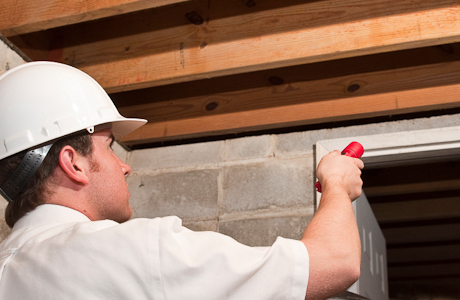 Protect your Sydney property from termites with the help of Masters Pest Control. Call (02) 8007 4666.

Many houses in New South Wales, especially the capital, have fallen prey to termite infestation. Therefore, it will be a lot of help to know more about how these pests work so that you’re better equipped to use methods of termite control in Sydney.

Factors That Make Your House More Vulnerable to Termite Infestation

Summers are approaching, and Sydney experiences humid conditions throughout the season. It is a better known fact that damp environment is very suitable for the growth and development of termites. Therefore, there are strong chances that high levels of humidity will allow termite infestation to occur rapidly and easily, making it crucial for you to call for termite control in Sydney.

Timber is commonly used building houses in Sydney. Cellulose, the basic unit of timber, is the main termite food. Houses built with lesser use of wood don’t get infested easily. On the other hand, wood-laden house structures can be infested very easily, and the number of termites at a given place can increase exponentially if they find a lot of cellulose source to devour.

Gaps and Crevices in the Foundation

All the cracks and fissures found in the foundation of your house can become entry points for termites. These fractural openings also provide them with the material they use to build their mud tubes. These tubes are then used as protective routes for termites to travel through. Check for the cracks and openings after a while and fix them immediately. With this minor exercise, you won’t need to call for termite control in Sydney.

Nature of Habitation Also Makes Them Very Deadly for Houses

Like ants and honey bees, termites are considered social insects because they live in colonies and they have a caste system which works together very diligently. Their habit of living in colonies and castes make them a very destructive pest type for households and other building structures. Let’s see how this network of termite works to inflict destruction.

There is only one queen termite in an entire termite colony. Queens are those termites that undergo the process of physogastrism. During this process, queen termites lay thousands of eggs. In many species of termites, queen lays around 1000 eggs a day. The queen mostly resides in a designated chamber, which is usually located in the centre of colony to protect it from the invasion of predators.

It is very difficult for you to identify and locate the place on your own, but professional services of termite control in Sydney can effectively identify and destroy the reproduction factory of termites.

The nursery is the place in the colony where eggs are moved to by worker termites. This is the place where eggs develop into nymphs and adult termites of different castes.

Soldier termites protect the colony from predator insects such as ants. They have  armoured heads and strong claws. Some of them can even emit latex substances to trap enemies. All the castes of termites differ from each other and are a true nuisance. But the multi-prong methods of termite control in Sydney can help to get rid of the entire colony from your house.

You should not take a chance with termite infestation because it can result in severe structural damage to your house. This would mean you would need to spend a considerable amount of money on repairing those damages. Hire our experts for termite control in Sydney. Call (02) 8007 4666.