No, this isn’t a race to be the top seller at the Galeries Victoria food court. A popular spot in George Street for cheap eats, the open plan establishment is typically packed with locals out to grab lunch. Recently, it appears that the market has grown for the CBD-based dining hall, the seating of which accommodates 300 people.

Now, rats have been spotted racing to have their fill of global cuisine””for free. An article by The Daily Telegraph reported on the disturbing rodent sighting. Footage was originally uploaded on Reddit, capturing several rats scurrying through the place. WATCH THE HORRIFYING VIDEO BELOW!

Straight From The Source

“It was quite bad…Only captured a few on video, but there were probably at least 30 [rats] visibly running around in there,” said the Reddit user who took the 30-second video clip. He went on to add that the pests looked to have found a home near a sandwich shop counter.

“They’ve chewed out the corners and are running in and out of there and all over the cooktops in the room behind as well,” he continued. 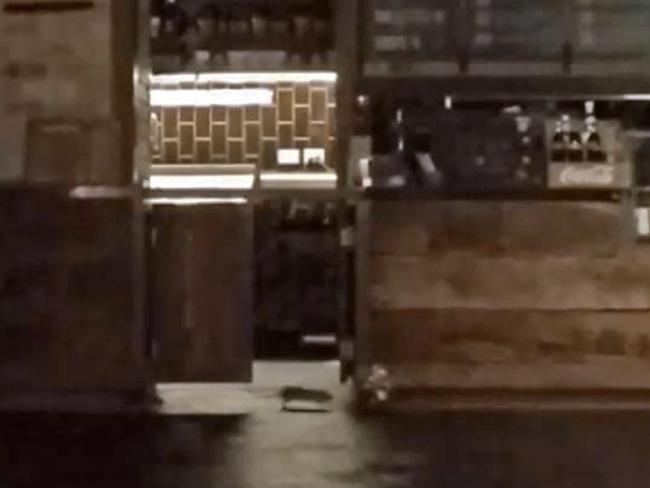 It is not known when the footage was taken exactly but safe to say that these four-legged pests have been regulars at the Galeries Victoria for months, given how comfortable they look shuffling about.

Be Careful Where You Eat

While it is not fair to say that food courts should be avoided from now on, it is only sensible to take precautions. As much as possible, pick a place with a clean record. If a restaurant or cafe has made it in the news for food safety violations, think twice. Would you really want to make an order somewhere that is in desperate need of pest control?

The truth is, one is more likely to get food poisoning when dining out, be it at a casual restaurant or by a food truck. Whereas you can oversee the preparation of home-cooked meals, at eateries you do not really see what’s going on behind the scenes.

Even if a place looks clean from the outside, you never really know if there are pests hiding in the kitchen. Nasty critters like rats carry and spread various diseases.

Pest control should always be taken seriously. Take it from the people behind Masters Pest Control Sydney. For more info on our services, call (02) 8007 4666.