When it comes to homeowners’ insurance, and more specifically, the types of damage covered within this insurance, there is generally a lot of room for claims to be filed. There are a number of damage types that are covered by insurance, which includes fire damage and accidental breakage.

However, termite damage, or damage caused inadvertently due to termite activity, is generally not covered, as a rule. This is a major cause for concern in many of the older homes  that are on the market  as they are often, in desperate need of termite control in Sydney.

Termites are, by nature, very voracious. They generally damage surfaces which are thought to be strong and almost everlasting, reducing them to rubble over the years, and sometimes, even in a few months, depending on the severity of the infestation.

In addition to that, termites can cause fixtures and old fittings such as windows and crawl-space bottoms to cave in and collapse. This is very damaging to old houses, or houses which have comparatively older construction.

No or Very Little Coverage for Termite Damage

The situation is made all the more worse by the fact that insurance doesn’t really cover termites. In many parts, the damage is referred to as Wood-Destroying Insect Damage. While some companies offer insurance coverage for it, and this coverage is very exclusive, the majority of the companies do away with the inclusion of termite damage as a bona fide occurrence. 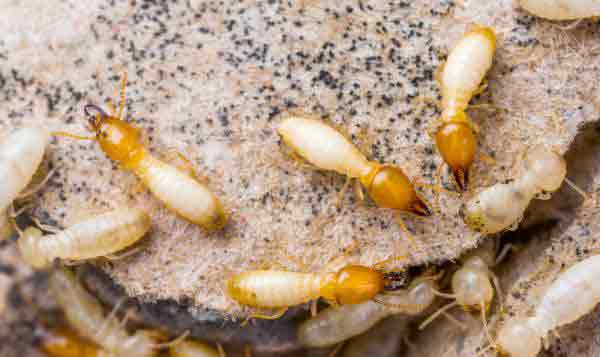 This can be very disadvantageous, since termite damage can be quite dangerous if left unchecked.

The Reason for Non-Coverage

Majority of the insurance companies do not have a policy specifically for termites due to the fact that damage of that sort is preventable. This is true to some extent, as homeowners can very easily take measures which prevent the start of an infestation, and prevent termites from making their homes in the wood.

However, in most cases, there can be a number of reasons why a homeowner was unable to prevent the infestation.

The best thing to do, if you are worried about termite infestations, and the damage caused by them if you are purchasing a new home, is to check for an infestation and implement termite control measures from the start, instead of waiting for the infestation to grow.

In this way, you can not only prevent the termites from ever becoming a problem, but you can also make sure that you never have to purchase a policy which caters specifically to termites, as those can be somewhat expensive.

In conclusion, prevention measures are better than termite control measures, and a little investigation at the time of home purchasing can go a long way in preventing termite damage.